***If you are an indie author and want to be listed, please send your information to ericwoodsauthor@gmail.com

Check out my 2020 Indie Author Reviews!

For over a decade Lily Green has terrorized the United States. Like a monster, she seemed to be everywhere and yet nowhere. Until one day, when her killing spree suddenly stopped. Where could she be? That is the question everyone wanted to know the answer to for the past year. There were allegations made by the beloved reporter Shannon Scott that Tom Childress had the answers, but even Tom found himself on the same side of that question.Where is Lily Green?Inspired by the desire to help Lily, and many like her, Tom opened up Eden’s Mind; a special research center designed to cure the mentally unwell without the use of pharmaceuticals. He and his partner Zachary Gilbert believes the overuse of man made chemical enhancements will eventually taint human genetics and that not every dark and twisted soul is a victim to a mental imbalance. Some people just need help to see the light and both of them are more than ready to show just how far they are willing to go to make the world a better place. 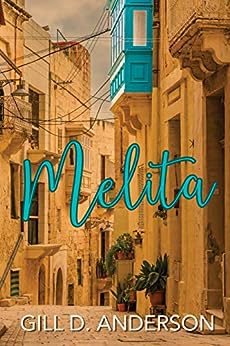 As the only child of a single parent, and with little knowledge of her father or her paternal relatives, Emily struggles with identity issues throughout her childhood. Her mother’s past and family history have always been shrouded in secrecy.

Moving from Scotland to Vancouver, Emily hoped to start a new life and reinvent herself, but she unintentionally becomes estranged from her mother, Melita, during the process.
The tension between Melita and her daughter that has built throughout the course of Emily’s life finally comes to the surface. Slowly, the truth about Melita’s harsh childhood growing up in Malta unravels, revealing the inevitable impact it had on Emily’s upbringing.

Will the dysfunctional familial patterns remain entrenched forever? Or can Melita and Emily find a way to reconcile with the past?

Local detectives, DI Max Byrd and DI Orion Tanzy, along with a team of forensics, are called to a crime scene in the early hours after a woman and a baby have been abducted.

They can’t believe what they find. This sickening evil hasn’t been witnessed in Darlington for a very long time. But when there’s another brutal murder shortly after, the detectives need to determine if this is the work of a serial killer, because of what happened on that night, many years ago?

Is it revenge, or is it justice? Either way, the numbers will fall.

Darlington used to be a nice town. It isn’t any more.

Hospital work isn’t for the faint of heart. Becca Dillon knows that firsthand, having worked as a medical assistant in the cardiac unit at Rutherford Hospital for longer than she cares to think about. What she does care to think about is having fun, gossip, and … guys. Her favorite of the three. And why stick to one, when you can sample them all?⁣⁣

Gill D. Anderson – author of Hidden from View and The Chosen Seven
Explore how sex, lies and love impact our complex web of relationships, and discover how deeply our choices can impact others!

Claire Buss – multi-genre author (including dystopian and science fiction) of novels, short stories, and poetry. Check out her works HERE!

Vince Churchill – horror author of multiple works including The Butcher Bride and Seven. Check him out at vincechurchill.com!

Sugar Daniels – author of the One Last Song series
A modern day Romeo and Juliet with a new age twist on gangster paradise and what really happens inside the music industry.

Katie J. Douglas – author of Forever Today and Snowfall
Wyatt didn’t realize it at the time, but the decision to drive his truck down the narrow dirt road behind the lake that quiet afternoon would set his life in a direction he never anticipated. It brought him to her; the rest he would be left to figure out for himself.Charlotte comes to Patagonia, Arizona to escape life with her mother, an addict with a propensity for men and excess. Charlotte moves in with her Aunt Rose, a foul-mouthed, loving, and eccentric psychic who welcomes her with open arms. It is there that Charlotte meets Wyatt, a young cowboy from Tucson, working on a ranch before he leaves Arizona behind him for good. That chance meeting changes the course of both of their lives forever.

Destiny Eve – author of Her Heart in Chains and Harley Unhinged.
Author of romantic thriller novels and horror flash fictions!

Leanna Floyd – author of Over the Borderline
Brooke Douger convinces her childhood friend, Jacob, to move to Tampa, where he finds a job at a legal firm defending Zach Barton, a rich, young entrepreneur accused of murdering his ex-girlfriend. When Brooke has to provide expert testimony in Barton’s trial, Jacob and Brooke end up on opposite sides of the courtroom. As Brooke prepares to testify, she discovers a pattern of violent, impulsive behavior in Barton’s past, eerily similar to those of the Surfside Killer, the case she has been asked to help profile for the FBI. Brooke is swirling in dangerous waters with the killer lurking on the fringe of her life. Will Brooke’s knack for profiling be enough to keep her safe?

Lyndsey Gallagher – author of The Seven Year Itch
Lucy O’Connor goes on a hen weekend and meets the man of her dreams…. The only teeny tiny problem is she’s already married to somebody else. A work of romantic fiction.

Eileen Gonzalez – author of Dancing with the Devil and Life According to Me.
An author for all of those dealing with chaos and seeking answers.

C.J. Grayson – author of Someone’s There
When Jack Haynes rings his wife’s misplaced phone, he remembers seeing it earlier downstairs on the kitchen table. Before he hangs up, a man’s voice answers. He feels the slow icy fingers crawl up his spine when he realises that his family are not the only people in their house anymore – Someone’s There.

R.S. Gunn – author of A Journey Through the Dark
After their little brother is captured by a dark sorcerer in an attempt to antagonize an old feud, fourteen-year-old Lexie and the spirit of her twin brother, Isaac, are forced to travel deep into the darkest levels of the Fairy Queen’s castle. Using their mother’s stories to guide them and picking up a very helpful companion along the way, Lexie and Isaac come face-to-face with an evil their mother had always feared.

Nikki Haase – author of the Experiment X series
Karen Turner lived a normal life until Jack Cortex showed up. He tells her that there’s a government facility that houses an army of super soldiers known as the Subjects of Experiment X and Experiment A. Jack soon unveils to Karen that she is a key part to it all, and that the head Lab Coat—Doctor James Thaddeus—is after her. Karen knows that Jack is dangerous, and she knows he’s capable of murder, but he’s the only person who can help unlock what’s been hidden inside of her for nearly twenty-two years. Now the only thing that will keep Karen’s loved ones safe is to help destroy the very thing that created her.

Kyle Harvey – author of the series, The Society of the Leaf Chronicles
The Cube is gone. The very essence of the Green God in the world has disappeared setting off a desperate search by good and evil to discover it.

George A.M. Heroux – author of I’m the President by Donald Thump and But for the Crash
An author and playwright who spans multiple genres including drama and farcical comedy.

Piper Kennedy – author of the horror novella Hope A Valley: A Closed Roads Novella and the upcoming novel Paranormal Point: The Asylum.

Skylar Kinglsey – author of Captured
If you love reading steamy military romances, you’ll be drooling all over this action packed story!

Melanie Ever Moore – author of the Hope Quest book trilogy
Fourteen year old Hope Quest knows that the abusive life she leads with her alcoholic grandmother is not the only one she’s ever had. With a face full of scars, a heart damaged from a lightning strike as a toddler, and only able to speak in a whisper, Hope is desperate to find her “voice”, to discover the truth of her life.

Antara Roy O – author of Ghost Stories: Stories of Spine-Chilling Encounters
That there might be a certain something which exists beyond and across our conception of time and space. You can feel it in your bones that this something is real. Whether it chills your bones or fills you with warmth- that’s up to you, are you prepared?

Anne Pleydon – author of Left in Good Spirits (Merivale Series Book 1)
Forensic psychologist Dr. Kenny Halpin works too much, and she’s been pushed to the precipice of heartbreaking personal and professional change. She can tolerate anything if she knows she’s making a difference in the lives of the youth she works with at the Merivale jail. But, when she’s faced with shocking news about a former client, she risks everything to keep a promise and find redemption.

Russell – author of the Gavin Nolan’s Biography series.
Author of macabre tales and sexual thrillers that will leave you breathless!

Gene Stiles – author of the Colony book series
The Colony series is a blend of hard sciences, world mythologies, and religions, as well as lost civilizations.

Devilline Stone – Fantasy/ horror fiction writer and poet. Check out her website for some of her amazing pieces!

Dzintra Sullivan – author of the Halfway House and Days of Death series.
Multi-genre author who loves all things paranormal, the impossible being made possible, romantic happily ever afters, comedies, and mysteries.

P.E. Sutton – author of Book Review
When Adriana inadvertently tags author Luke Riley in a bad book review, never in her wildest dreams did she think she would be punished for it. In the best of ways! Download Book Review on Amazon Kindle today!

April M. Woodard – author of The Aeon Chronicles book series.
Darkness descends upon the Infinite Realm as Aalok prepares to wage war with his creator. A plan of redemption has been set forth, but first, heaven and Earth must be destroyed. Sophie is ready to face death if it means saving her brethren. But when she learns that her suitor, Serus has been exiled, she begins to question her new life without him. That is until, she meets her Guardian, Alexander. The Aeon is shifting into oblivion and Sophie has but a short time to decide. Will she choose her love or die to live again?