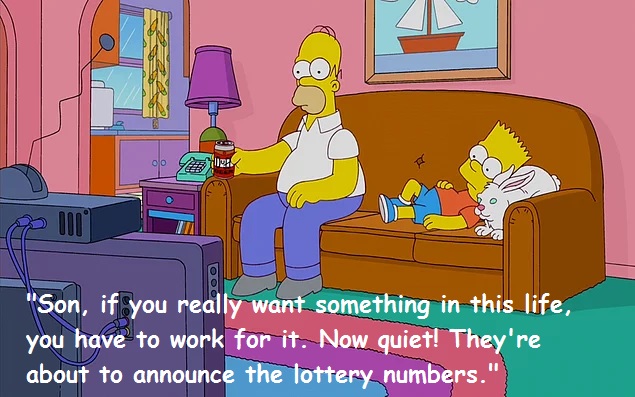 I’m hoping to start a regular editorial blog where I just shoot the shit about topics that interest me. I’ve tried this in the past (a few of you may remember my “Short Attention Entertainment” site that never really picked up), and here I am trying again. Why? Well, because I love to write, even if there’s only a handful of people who read my stuff.

Anyway, I’m going to shoot from the hip with this first entry as I talk about the expectations and reality of professional writing. I’m not talking about freelance journalism. I’ve been doing that since 2005, and indeed it does have its moments. I am happy to have such a long portfolio of writings over the past 14 years, but that is not the focus here. What I really want to get into is the concept of becoming an author. Why I love it, and the harsh realities of everything associated with the process.

Let’s face it: there are thousands of authors out there who hope to get discovered, and I don’t look at these people as my competition. I see them as an extended family with whom I have something in common. I have more followers on Instagram and  my Facebook author page who I’ve never met than the number of actual friends who follow those sites. We all have that dream, and while a few are able to break through and get that actual publishing contract, the majority of us end up taking the route of self-publication.

So, why self-publish? Well, for one it’s a pretty easy process. I used CreateSpace (now Kindle Direct Publishing), and it was probably the easiest method I could have imagined. You simply upload your completed manuscript, upload your cover, and they do the rest. You will get a chance to look over everything before your book is “official,” and they will notify you if something is off while transferring the materials over (for example, the cover specifications are off). Also, with self-publishing, you work at your own schedule, keep all rights to your work, and don’t have to wait on the publishing house to decide when they are going to release it.

Now I’m not going to knock traditional publishing at all. Most (if not all) authors strive to hit it big with a large publishing house, because that means you have reached the pinnacle of success! It means your book will likely find its way into bookstores all over the country (if not the world). That means bigger sales and not nearly the legwork of promoting your work in the hopes that you just might market to that one person who will help it take off. Unfortunately selling to a publisher is just not as easy as TV and movies make it out to be. And that’s truly when the harsh reality sets in.

Yep, the publishing houses do the promoting and are able to go beyond your own network. And let me tell you – that is HUGE. We all want to think our network of friends and family will be there to support us whenever we need them, but the harsh reality is that most of them will not. Want to know what actually happens? You will get a small group of friends/family who will buy your book. Many of those may even put a post on Facebook to promote you, with a few even leaving reviews on Amazon/Goodreads/etc. And that is always wonderful. But then you look at the number of Facebook “friends” you have… and you add in others not on FB… and you add in other family members. Then you look at the sales. You look at your FB posts promoting your work that get record low interactions (likes and comments). And it hits you. People aren’t as supportive as you were hoping.

Last year, I saw a random post asking how to get people to stop hitting the LIKE button on every post. My response was “Write a book and promote it on your site. You won’t hear from 90% of them again.” I put the laughing emoji after it, but I was dead serious, because I had seen it firsthand. As soon as my first novel was published last summer, my FB interactions all but disappeared. A couple likes here, a couple comments there, but for the most part, I was ghosted. Now I didn’t think everyone would run out and buy my book. That was never the expectation. But hitting the like button, commenting “Congratulations,” or even sharing a post on a personal page apparently was the equivalent of me requesting a million bucks. Or maybe they just thought that I’d start hounding them for money if they showed themselves in my posts via the LIKE button. Who knows. Hell, I even shrewdly wrote a couple posts with some politics sprinkled in just to see if certain folks who had disappeared were still alive. And boy did those not get missed!

So you see, there are reasons to continue writing, even if they are not monetary. I do it as a release. I do it because I enjoy storytelling, even if I do live in a big dull dud of a community where creativity goes to die. I do it because even though the number is small, I still am able to provide a getaway of entertainment for people. True, beyond the writing lies a cruel actuality that you are putting in hundreds of hours of work to gain the appreciation of only a few. But when you love it, you power on. And you learn to appreciate those few even more. (And y’all know who you are!)

It’s just the harsh reality of being a professional writer.